The pastoralism, alongside the dairy production, has a long history.

The pastoralism, alongside the dairy production, has a long history. It makes Sardinian cheese traditions very important within our culture. In our homeland there are around 3 millions sheep, which represent approximately more than forty percent of our national heritage. Sheep-farming is one of the most important economic field in Sardinia as there are about 18000 animal husbandry farms and nearly 60 cheese factories.

In order to have a high productivity, and a good quality of milk, the sheep grazing is rather important, therefore, the Sardinian mountains are the ideal environment for such activity. The flora of pastures are made up by species belonging to the grasses and legumes. The Sardinian sheep produces a great quantity of milk and the Sardinian lamb is recognized as IGP (protected geographical indication). One of the main brand of cheese is “the Pecorino” made by some processing steps, being usually the same for any kind of cheese. In general, there are six important steps in cheesemaking: acidification, coagulation, separating curds and whey, salting, shaping, and ripening. While recipes for all cheeses vary, this aforementioned steps are the basic processes of turning milk into cheese.

After salting, the cheese might be smoked. The ripening (a process in which the cheese becomes mature) is the longest period of the cheese making process.During the Medieval period, the Sardinian cheese was renowned. Exports were an important part of our economy as documented by historians. We do not exactly know of what types of cheese was produced. However, we do believe it might have been a sort of granular cheese.

During the modern age, different types of cheese and different productions were born.

Andrea Manca dell’Arca was an important writer of that period and he gave us many information regarding the cheese making process. He stated that the cheese was usually produced between February and June.In addition to soft cheese without salt, different types of cheese were: white cheese, smoked cheese, fresa, spiatadu and ricotta. They might have been produced as pure sheep’s cheeses or mixed with cow’s or goat’s milk. As ingredients, it was only used milk, salt and rennet.

The aforementioned Andrea Manca emphasized the excellence of Sardinian production, the self-production for the whole island and how this product was an excellent source of revenues because of the exports.After more than two centuries, the situation has not changed and perfectly reflects the contemporary period. In fact, the Sardinian cheeses are exported around the world and renowned worldwide.Traditional Sardinian cheeses are more than 100 types.

The Sardinian cheese factories have been improving our productions due to investment in research of new dairy machinery. 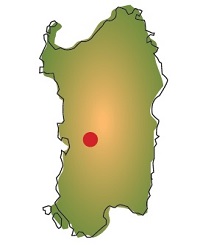